The Hub is a business on FOX comedy That '70s Show, where the gang frequently hangs out.

The Hub is Point Place's local teen hangout, a tiny short-order diner renowned amongst Point Place's youth for its french fries. While the pilot depicted it as being a toned-down version of a cowboy bar, subsequent episodes presented it as a 1950s-style soda fountain. Earlier episodes depicted it as containing a small pinball arcade primarily featuring the Williams pinball game "Travel Time."

The Hub also had fake wood paneling and what appears to be a large peace sign painted on the wall behind the jukebox. although as the series progressed and video games rose in popularity, the machines were removed and replaced by a Space Invaders cabinet (a change the manager made after Fez told him that kids like space invaders better), and the Hub was painted, replacing the wood with a simple white wall.

The Hub is a normal hangout for the gang, and is spotted somewhere in the location of an alley, seeing as if you look out the front glass window, there is a building adjacent from its position. From the audiences' point of view, the Hub has a male/female bathroom on its right. Inside, there is a urinal, 2 stalls, a window, and tons of writing on the wall, most notably the writing "Touch Donna Pinciotti's panties for $5.00" written by Kelso, which she then pushes him out the window he was trying to climb out of. The Hub also has a policy: "buy something or get out!"

During opening time there is almost always someone at The Hub, it is a popular hangout for youngsters. There is a food corner where you can order mostly fried food. The entertainment in the hub frequently changes, for a long time there stood a Pinball machine (that Kelso invested in), afterwards there was a Space Invaders machine and later it made place for a foosball table. Sometimes the man (Mitch Hedberg) who works the food corner is depicted as being a jerk who tells conflicting stories. https://www.youtube.com/watch?v=M8NZqD_pJT8

Eric: (about Donna) Of all the teenage burger hangouts, in all of America, she walked into mine... Only to walk right back out again. (Walking over to Fez) Play it again, Fez.
Fez: (sitting at a keyboard) All right, but it will cost you a Baby Ruth.
(Eric drops the sweet in Fez's tip jar)
Fez: (Singing) Hold the line / love isn't always on time / hold the line / woah / love isn't always on ti-ime. 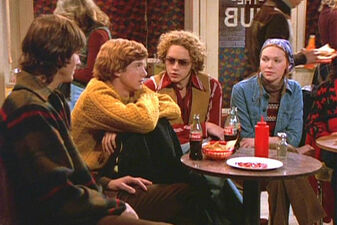 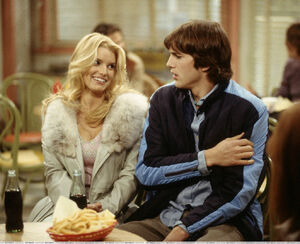 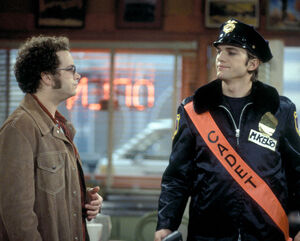 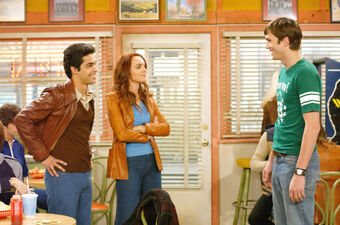 Add a photo to this gallery

Retrieved from "https://that70sshow.fandom.com/wiki/The_Hub?oldid=21855"
Community content is available under CC-BY-SA unless otherwise noted.