The Circle is a popular setting on FOX comedy That '70s Show, where the '70s teens smoke pot in Eric's basement.

The Circle is a way for the creators to showcase a vital component of the '70s – smoking weed. According to the show creators, the blunt or joint is passed around ahead of the person speaking on camera, thus never shown. The circle usually takes place in the basement and features four people, though these rules are bent on occasion. On special occasions, the circle has been used to show the characters partaking in consuming other things than weed, such as dinner, alcohol, ice cream, cigars, hash brownies (accidentally) or nothing at all. During such scenes, adults also participate.

On occasion, the circle scenes are followed by scenes where the characters act sober while being still high, but more often that not, no one seems to suffer any ill effects after the fact. A notable case was the second-to-last episode where a particularly potent "stash" was acquired by the gang when Fez's friend from his homeland visited[2]. Hyde actually quit smoking for a period of time because he got too high.

The circle is not:

Hyde – I would be so pissed at you if I had the ability to feel anger right now...thank God I don't!

Kelso – Alright, guys...I have a confession...I do shave my legs. I just love the way it feels!

Hyde – Man, when two people break up, it's the saddest thing...except for right now, when it's funny!

Kelso – Russia has Death Rays aiming at the White House

And in one special episode, the parents get high 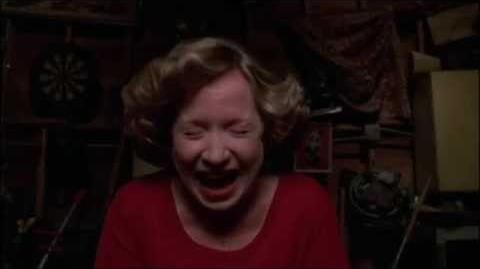