That '70s Wiki
Register
Don't have an account?
Sign In
Advertisement
in: Characters, Burkhart Family, Season 1 Characters,
and 3 more

"Time Is on My Side"

8
Pamela "Pam" Burkhart is the mother of Jackie Burkhart and ex-wife of Jack Burkhart. She was a real estate broker who was selling a house the kids had their party at.

Pam has a strained relationship with her daughter, mainly stemming from the trauma to which Pam exposed Jackie to. For example, cheating on her father, one of these affairs resulting in Jackie's irrational fear of clowns, and then abandoning her family to run away to Mexico. Pam seems to be also where Jackie has gotten much of her shallowness and vanity, and she is seen as a "neighborhood mom" to all the men in the series, causing constant tension between Pam and Donna and Kitty as well.

Pam comes back to Point Place to get back in touch with her daughter and starts dating Bob. This causes Donna and Jackie to believe that she is only dating him for his money, and they try to get them to break up, but eventually change their minds when they realize that Pam actually likes Bob. Later on, in the beginning of season 7, Pam leaves Bob in order to give him and Midge a chance to be together, and moves back with Jackie into their old home. 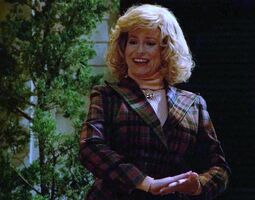 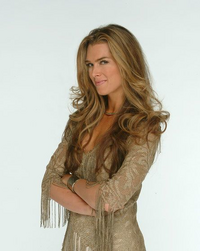