That '70s Wiki
Register
Don't have an account?
Sign In
in: Pages using duplicate arguments in template calls, Characters, Main Characters,
and 2 more

View source
watch 02:01
'That 70's Show' Profile: Bob Pinciotti
Do you like this video?
Play Sound

Bob Pinciotti is a fictional character on FOX comedy That '70s Show. He is the father of Donna Pinciotti and is portrayed by Don Stark.

Bob Pinciotti is the husband of Midge Pinciotti and father of Valerie, Tina, and Donna Pinciotti. Bob was born in 1929 in Madison, Wisconsin where he met Midge and they have three children. Though after "Eric's Burger Job" when Tina appeared briefly, she was never seen again. She was later mentioned in a "Young and the Restless" parody in "Vanstock" where the narrator said "And what happened to Midge's daughter Tina?" She was never mentioned or seen again. Valerie was mentioned in the episode "Eric's Birthday" when Midge gives Kitty a book of poems as how she coped "...when Valerie went to school". After "Vanstock", no other child other than Donna had been mentioned or seen, making Donna an only child. Some believe that Tina had ran away do to anxiety issues and not being as loved as Donna. Bob is very dim-witted.

Though Eric and Donna always say they have known each other forever, in "Class Picture" show them meeting when they are older. The flashback shows that Bob and Midge moved right next door to Red and Kitty Forman and their son Eric in 1968 when both Donna and Eric were 7. Bob and Donna introduced themselves without Midge as she had her finger caught in something (Tanya Roberts was not on the show anymore). Their address was revealed to be residing at 853, and the street they live on is Marie Dr. Their house is apparently only about 20 steps away from The Forman's and it is filled with color and delight. Eric once described the Pinciotti livingroom as a "turquoise and chrome, disaster of a room". Donna believed it was classy.

Bob and Midge got married while still in high school because of Midge being pregnant. It is unsure if she was pregnant with Valerie or Donna as Valerie is older, but mentioned only once, and the difference of age between Donna and Bob is 21 years. In, 1977, they later renewed their vows, right before Eric and Donna had lost their virginity to each other. Their ceremony was colored green and gold in honor of the Green Bay Packers. Bob says that Midge is the love of his life and that she still looks good because she fits into her old wedding dress.

Bob and Midge get divorced later in 1978 as Midge was unhappy with being a housewife. She wanted to explore herself and become in touch with her inner woman. Bob, being old-fashioned, opposed to her new empowerment because he is the "man of the house". Midge left him only a short while afterwards and moved to California to star on Broadway (showing Midge's dimwitted side). Midge returned later in Season 6 to date Bob (who was dating Pam Burkhart). She was sent back to California because Donna believed it was better for her.

Bob has had multiple relationships throughout the course of the series, some explained off-screen or before the show took place.

Bob married Midge Marie Alderin in around March from 1958-1959 when Midge was pregnant. Midge and Bob were high school sweethearts, Bob stating that "she was tallest girl in class" and Midge stating that "he was the shortest boy in biology. But what he lacked in height, he gained in shortness". Bob and Midge had 3 children together, but two of them were soon out of the series, making Donna an only child. They had a rocky marriage which led Midge to leave Bob in 1978. Bob was upset with this and believed she was coming back. Red convinced Bob that she was not and Bob went into a state of depression. Bob was not showering and was not feeding Donna. In Season 7, Midge returned and dated Bob, but left a few episodes later because she did not feel it was right.

Bob met Joanne Stupak at the Piggly Wiggly when he bought 12 frozen dinners. She said Bob was sad because he did not know how to cook, prompting her to tell him to make her a meat loaf. Red did not generally like Joanne because she knew how to cook a steak. When Bob's divorce papers came through, he wanted to get married to Joanne, but they quickly got over the idea. After Eric got a job from Joanne at the dog food factory, she and Bob broke up. Joanne wanted to get back together, but Bob believed he was a desireable man because he received fudge from a secret admirer (It was actually Donna and Jackie trying to cheer him up). Joanne was never mentioned again.

In Season 6, Bob met Pam Burkhart, mother of Jackie Burkhart. Both Jackie and Donna disapproved of the two dating and wanted to separate them. Donna believed that Pam was only interested for Bob because of his money. After Midge returned, he was dating both her and Pam. On a double date with Red and Kitty, Pam breaks up with Bob because she felt that she needed to clean up her act. She later returned to Acapoco, Mexico and was not heard from again.

During the first season, Red enjoys Bob's company, telling Kitty that they are pretty normal. They would go on fishing trips and hunting in the woods. However, later in the first season, when Red and Kitty had the Pinciotti's over in the living room, Red realized that he hates them. He complains to Kitty saying that "[they have] changed. They used to be normal". In a Season 8 episode, Bob finally confesses to Red about his feelings toward him, swearing and cursing him out. Bob, having all those bottled up feelings, let loose when Red made fun of his shirt. He cries a few seconds later to apologize. Bob also has an odd obsession with the banjo. In "A New Hope", Eric is going to fight David Millbank and Bob keeps telling him to use a banjo to attack his opponent.

Bob in the first-third seasons owns an appliance store called "Bargain Bob's". The store is the only one in Point Place that is open on Christmas Eve. In "Pinciotti vs. Forman", it is revealed that "Bargain Bob's" can not compete with Price-Mart and is therefore closing due to bankruptcy. Throughout the fourth season, Bob is somewhat struggling financially. But, in "Donna Dates a Kelso", Bob invents a device that holds tissues onto the visor of your car, therefore got a fortune for selling it. He was back to his "I can afford anything I want" antics.

In Season 8, Bob wants to move to Orlando, Florida to run a bait shop. He offers to open the shop with Red, and Red considers moving down there as well. It is also frequently mentioned that the Pinciotti's are Italian.

Bob was last seen talking to Red saying that he will miss him in Florida. 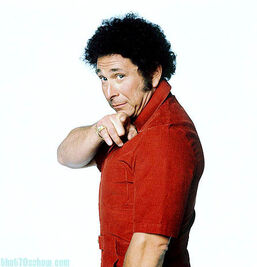 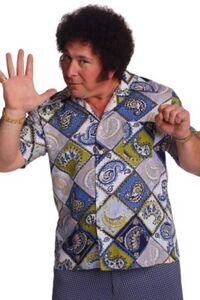 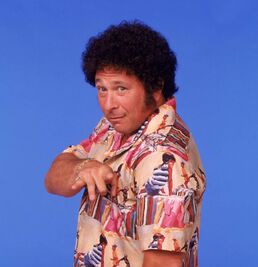 Season 4
Community content is available under CC-BY-SA unless otherwise noted.