That '70s Wiki
Start a Wiki 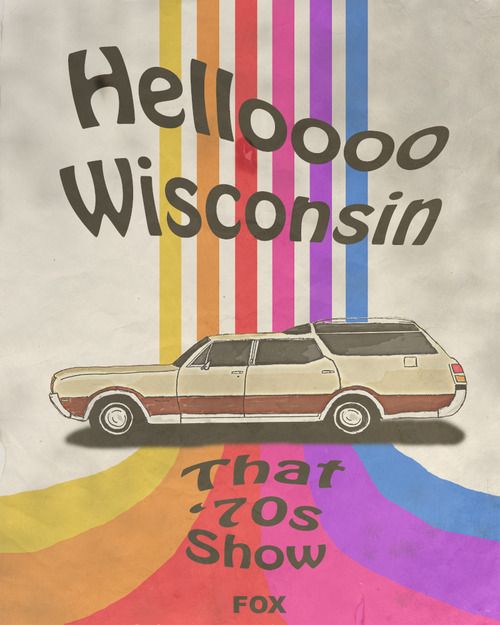 What's on your mind?

Hi all, as your Wiki Manager, I want to make you aware of an upcoming change on Fandom that will affect all its communities, this one included. It's important that everyone is aware and has the opportunity to give feedback and ask questions.

As you may have noticed from the banner at the top of the wiki, this community is set to be migrated to UCP (Unified Community Platform). I advise you all to read this blog to find out more about it.

The first migrations to the Unified Community PlatformCommunity Central

The migration to UCP does not mean that the url of this wiki will change. In short, this is mainly a MediaWiki update, the software behind the platform. The update does come with some notable changes, such as a different editor, recent wiki activity being deprecated in favor of recent changes, and the comments and message walls being on the same software as Discussions (which thus means you can no longer use wiki text there).

If anyone has any questions about this, don't hesitate to ask here on this thread or reach out to me directly on my message wall. Same goes for after the migration: if you discover a bug or something that seems off or if you just have some general (constructive) feedback to share, I'd love to hear it, so I can either pass it along to Fandom and file a bug report or help you fix it. I'm sure that we can make this transition as smooth as possible by working together. Looking forward to hear all your feedback, both the good and the bad!

hey, i need to cite this as a source in an essay i'm writing but can't find an author to credit. i would really appreciate some help please!! thank you:))

What was the episode where Eric had a flashback of his 16th birthday??? Red and Kitty threw it and of course it was a disaster he was either sitting on a pony, or a horse or something I can't remember.

Hey everyone, I'm MakeShift and I've been assigned to take over as your Wiki Manager for the That '70s Wiki! I'm here to help you guys and act as a sort of "middleman" between the community and full-time Fandom staff, and to make sure we keep everything healthy and in great shape.

While I'm at it, I might also bring up Fandom's latest project, the Unified Community Platform, or UCP. Over the next little while, Fandom will be transitioning over to the UCP, and so I'll be here to help make that process smooth for all of you. In how the UCP affects the general user, the project will seek to make editing and getting around wikis a whole lot easier, so it's nothing but an upgrade in terms of editing and content creation, and a bonafide benefit to everyone. If you're in need of any more information surrounding that, feel free to check out the previously linked blog, or even shoot me a message!

Overall, if you need any help, don't be afraid to swing me a message, and I'll try my best to solve any problems you guys might have!

I remember seeing a lot of promos for That 70s Show on Nick at Nite circa 2005-2010. And I have this very distinct memory of one particular clip that was used in one of the promos but I don't think I ever saw it in the show (I recently binged the series on netflix)

It is entirely possible I'm getting the details wrong but the way I remember the clip is:

Donna walks up to Jackie and says "Is it true?"

and she replies "Yes Donna, it is true. I am carrying Micheal Kelso's child."

and Donna says "Jackie, you're a sophomore. How could you be so stupid?"

Does anyone know what I'm talking about?? I certainly don't recall any point in the series when anyone got Jackie pregnant. Nothing even resembling this scene happened in the series. The closest thing I can think of is when Kelso got that librarian lady pregnant (blanking out on the name, sorry) but that definitely wasn't it because the whole "I'm a sophomore :( " joke is the one thing I remember most clearly from the promo.

Was there some controversial banned episode where Jackie got pregnant and then had an abortion or something? I tried looking on Youtube and I can't find any evidence of this promo existing. If it's all a false memory then it's a damn weird one. I thought that if anyone could help me it would be the active members of a That 70s wiki. Any help in solving this mystery would be appreciated. I hope I don't sound crazy. Thanks in advance.

So in Season 2's "Vanstock", Hyde found a missing bra and attempted to find the girl who owned it. He told Donna it was like how the handsome prince was looking for Cinderella. I just wish the writers would've added a dream sequence of the "Cinderella" fairy tale with Hyde except he's looking for someone who fit the bra not the glass slipper.

Am I the only one who thinks this wikia should be called Foreman's Wikia (e.g. Formans Basement)

(edited by Zaine Anderson)
What is the license plate number for the vista cruiser?
(edited by Kevin lee beard)
I want to cut my hair like Donna's here!
(edited by Engiaek1)

I'm looking to adopt this wiki, so if you've any comments or questions, this is the place... and my blog post, too :)

Hi-  I have been watching reruns of That 70's Show for some time now, as I totally missed out on the show during its original run.  I don't claim to know everything about the show, but I have recently been checking out the supposed birthdays of the various characters on the show.  Eric, Kelso, and Hyde are listed as having been born in 1959.  Fez and Donna are listed as being born in 1960, and Jackie is 1961.  I happen to be 55 at the time of this posting, and I was in fact born in 1961.  From at least several of the episodes, it is clearly mentioned that these kids are from the high school class of 1979, which was in fact my own high school class.  I can say without a doubt that the vast majority of students from  the class of 1979 were born in 1961, with maybe a few who had been born in late 1960, and perhaps a few from 1962 or so who had skipped a grade.  I realize that producers of TV shows are not always able to get everything straight, as they have so, so many things to deal with.  Honestly, I had no idea until very recently that most of these chararcters had even been given specific birthdays--and birth years--for a fictional TV show.  I do realize that Jackie is supposed to be a year younger than the others, and I recall the episode where Kelso's friends finds out that he is actually a year older than they are due to the fact that he stayed back a grade in kindergarden or first grade or something like that. If the birth years that I have uncovered for those characters is true, then that would seem to be a bit out of whack to line up with the class of 1979.  Has anyone else noticed that, or is it just me?  Or am I perhaps wrong about those fictional birthdates that I found on Google.  In any case, I still love the show no matter what.  Over and out.

(edited by A Fandom user)
That '70s Show

There's a picture of Pamela Burkhart on this wiki played by an actress that looks unrecognizable. Can anyone help me identify the actress in the photo? Thank you.

Who are your favorite and despised Characters, mine are

He was a very interesting character, he grows (as the show goes along) from just some pissed off guy to someone who does care about this friends

I didn't like her at first, but she grew on me in later seasons

Even though she hot on my nerves at times, She was overall an enjoyable Character

Red is the smartest Character in the show, Kitty was enjoyable

I get that the show was trying to make him relatable, but he just came off as an annoying whiny asshole

(edited by NikkiNicks)
songs from s08e23 eric and donna on the car
(edited by A Fandom user)
where was that 70s show produced and staged?
(edited by A Fandom user)
That '70s Show
While binge watching the show on Netflix from scratch, I fell in love with Steven Hyde. He just oozes coolness. He has quite a bit in common with me. We both don't trust religion or the government (Lol) He's a laid back, bad boy rebel with a heart. On the surface, he's just a stoner who shows no emotions, and has an apathetic attitude towards life. He seems to just give no fucks. But he's so much more than that. He's broken inside. His childhood was rough, thanks to his absent father and alcoholic mother. When you get past the emotionless exterior, you get to know a soft, sensitive guy who will do anything for his friends, and for Kitty and Red. The way he tries to win Donna's love just melts my heart. The way he helped Jackie at the prom when Kelso didn't ask her out. In conclusion, I'd love to be his girlfriend. How I wish I could snuggle in his arms while listening to our Pink Floyd vinyl, as hold our metaphorical middle fingers towards society, and as a result, get super turned on.
(edited by Fantomhive)

Song name if anyone knows, please.

(edited by A Fandom user)
Guidelines

Help us grow That '70s Wiki 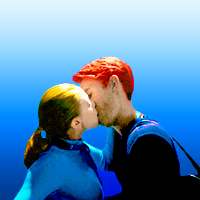 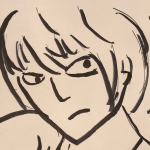 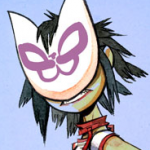 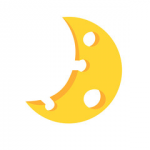